In these caves, here beside the Elster, there once lived Coryllis and his nation of dwarves. The dwarves gave everybody a helping hand. Many people came to King Coryllis to ask for his advice and help, but you had to know the secret of how to find him. You had to throw three smooth pebbles from the river over your shoulder and call three times: “Coryllis appear!” Then the King came forward and the people secured his advice. It was like that for a long time until the people threw away their good fortune and drove out the helpful dwarves by their pettiness and meanness. The dwarves too were not entirely innocent in the increasing tension. They liked the homemade bread that the people made and came at night to steal it from the window sills upon which the people had left it to cool. After a time, in an effort to control the theft, the people began to bake aniseed, fennel and caraway seeds into the bread. The dwarves didn’t like this at all. Immediately there arose among them a great wailing and gnashing of teeth. Some complained, “Fennel bread will be the death of us!” Others moaned, “Caraway bread will upset us and make us ill!” or, “Eat your own bread, and then you alone will suffer the consequences!” As a result, the dwarves left the Elster valley. They went down to the river bank and asked a fisherman to take them across. The fisherman did this and was richly rewarded. To this day, the dwarfs were never seen again. It is said that for many years following, no grass grew upon the way in which they had left. 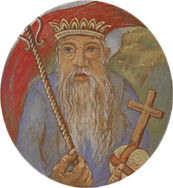 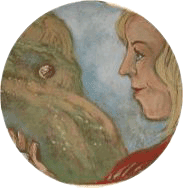 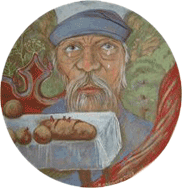